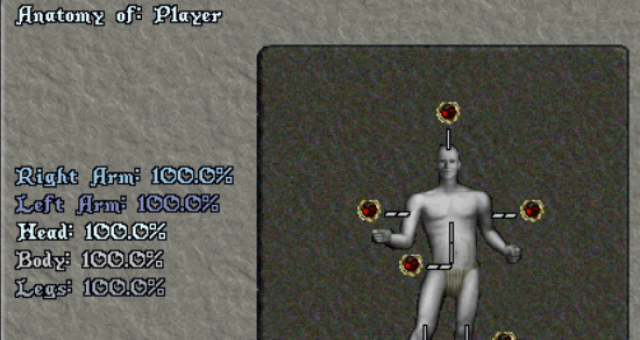 Today we’re announcing a great update that we hope you will enjoy so much. There are news of all the flavours, featuring the return of the old body system, but renewed and adapted to today server’s needs, and a big update on bows and crossbows so they are usefull both in PvP and PvN. These are all the changes:

Also, the Quartz Glass will have a new utility. A professional Blacksmith will be able to strenthen up to 3 times a weapon using Quartz of any quality. Better the quality of the quartz is, better the strengthen will be. A strengthen weapon will increase its durability, allowing to get much durable weapons using good quality quartz. You can see if a weapon has been strenthen using Arms Lore over it (you’ll need 100 Arms Lore).

We’ll continue with some small changes:

- The Mirror Shield armor has been increased from 36 to 38.
- The level of the Elemental Wizard has been slightly lowered.
- The Archangelical and Possessed Barbarian armors have been improved to set them between Elven and Demonic armors.

And now there we go with the really important news.

- We’ve added a new armor chest called Tourmel Chest of the Cruelty which will be crafted with 30 Tourmel and a Diablo’s Scale, item that you’ll get sometimes by killing Diablo. This chest will need 140 Blacksmithing and 110 Arms Lore to be crafted, and will be linked forever to the first player who equips it. For each different player the user kills while equipping it, the Tourmel Chest of the Cruelty will give 1 extra point of magic armor. The chest can be repaired just like any other item and will disappear if a different player than the player who’s linked to equips it.

- From now on there will be 3 new mounts that will appear randomly around the world: Raptor, Chocobo and Manticore.

- He’ve reinstalled the old body system, but adapted to the server of today. You can read how it works on the WIki: http://www.worldofdread.com/wikiwod/index.php?title=Body_System
It’s highly recommended to read and understand the article on the Wiki because this is a huge and important change. Respecting the usefulness of the dexterity, it will be as useful as before and while you opened wounds so far, now you’ll make a critical hit damaging 3 times at once on the body of your opponent.

And the last change we’re sure you’ll receive with wide open arms. It is a great update on Archery:

Ant that’s the list of changes. We hope your comments, as always, in our forum, and hope you enjoy them so much.