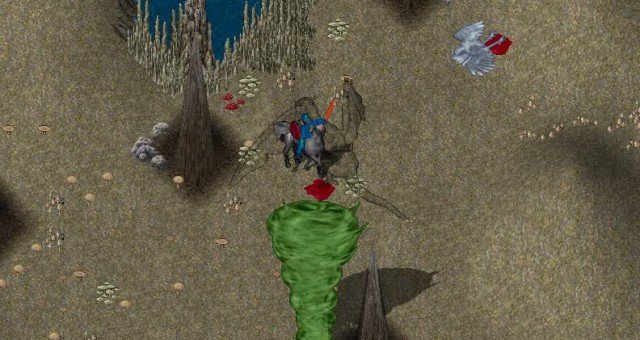 We’ve made a great update in the PvN System. The idea is to continue with the changes we started weeks ago, so the players can improve their character and get gear and gold playing instead of macroing. To achieve this, we’ve made the following changes:

Contracts:
- The regular contract changes. Now there will be just one kind of contract which will be rewarded with 5.000 gold coins. In this contract you will be requested to kill the monsters that were in the medium and hard contract so far. And you will be able to ask for 3 contracts each day instead of one. You can even ask for all the 3 contracts in a row if you didn’t get any contract in the last 24 hours.
- The dark contract changes. Now there will be two levels: easy and hard. The easy dark contract will give 20.000 gold coins and will have the monsters which were on the medium contract so far. The hard one will give 40.000 gold coins and will have the same monsters that it had so far.
- The subcontract board is gone. Those who want to cash a contract will have to complete it by themselves. Also, as now there will be a lot of different monsters in the contracts, there will be much less problems when you search for a monster to complete a contract.

- The Eternal Wanderer won’t respawn immediately after dying. It will take some minutes.

- New dungeon: Destard. We’ve oriented this dungeon so it will be perfect for the more unexperienced players, but also useful for advanced players. In this dungeon we are going to test an idea that has worked for a lot of different games: instances. When you enter the dungeon you will appear in an instance of it. The players who enter the dungeon at the same time can complete the dungeon all together, but once the dungeon is closed, the next player to enter will appear in a different instance. This way, this is a safe place for the most unexperienced players. The level of the dungeon hasn’t changed, but there will be better prizes than they were so far.

- New graveyard: The Nujel’m Graveyard, which was unused so far, now have some new monsters, and also a new mount.

We hope you enjoy all these new features!